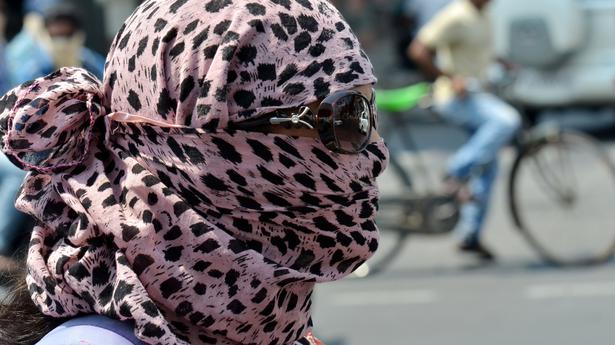 Are scarves, hijab, ghoonghat, turban a matter of faith, fashion or function?

Clothes then, and clothes now, are our choice. But are we really free to wear what we want?

Clothes then, and clothes now, are our choice. But are we really free to wear what we want?

“Cover your head, see how quickly you turn gray! says an elderly neighbor, who always covers her head with a dupatta. Why had I assumed, when we first became neighbors, that her covered head was a sign that she was a devout and traditional Hindu woman from North India – and therefore ‘old fashioned’?

This 70-year-old from South India lives alone, drives a car and designed the basement parking lot for our apartment over 30 years ago when she worked in an architectural office. Admittedly, her covered head didn’t define her, and I’m ashamed to have made such a cliched assumption about her.

So, are scarves, hijab, ghoonghat and turban a matter of faith, fashion or function? Were they just supposed to keep a cool head? Some hair experts say that the sun breaks down the protein structure of the hair and also sucks the moisture from the hair cells, which makes the hair cuticle rough and the hair becomes frizzy.

Personally, I never covered my head. Yes, I have frizzy hair. Why didn’t anyone stop us when we played in the sun? Maybe they did, but like most young people we had selective hearing. In school, uniform was a must – skirt and shirt for girls, or kurta and chudidaar, with a white dupatta to be ironed and worn to form a large V across the chest.

Growing up in this conservative era, us girls pushed the boundaries wherever we could. We complied with uniform rules, but we rolled up our half-sleeves or took off our shirts a little bit until a frowning teacher barked, “Insert your shirt!” Some girls wore tight kurtas to look like Mumtaz, and half the boys wore their hair as long as Rajesh Khanna’s until a teacher threatened to do the honors in class with blunt paper scissors. What we wore was never a matter of religion, except maybe for the boys who had a pagdi.


We had a choice once we went to college. Did I have a choice? Of course I did. Between a davani and a sari, every six meters of it. “It’s time to stop carrying pavadai-chokka“said my madisar-wear grandmothers. If not progressive, they agreed that “modern clothes are not for decent people.” A euphemism for ‘no respectable family will accept you as a daughter-in-law if they see you wearing modern clothes!’

Without being told, we knew what “modern” meant – anything but a long skirt or a sari. (By the way, Indian geography was different in the 60s and 70s. There was North India, where I grew up, and older girls wore salwar-kameez, and there was India from the South, where all the Madrasis lived (however, we moved to Karnataka) and the old girls here wore a long skirt-blouse.) In this rigid dress code, we rebelled, making sure that it seemed that we we were just experimenting. 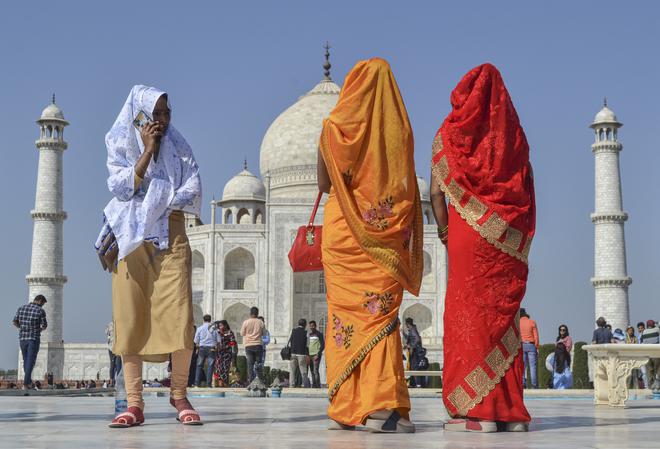 Tourists at the Taj Mahal in Agra.

Instead of wearing short, tight blouses over the langa, as was the fashion in Bangalore at the time, some of us wore loose shirts, mostly our brothers’ clothes. Our college basketball uniform, consisting of a t-shirt and skirt, was extremely “modern” with the skirt being several miles above the knee. Most of us choose to put on this uniform just before a varsity game; we never traveled by bus, nor did we return home. It wasn’t so much about modesty as it was about self-preservation – we wanted to keep playing games and didn’t want a short skirt to raise eyebrows and get carried away.

Some of the girls came to our women’s college wearing the burqa and quickly took it off as soon as they walked through the doors. Most of them wore it not because they were religious but because by conforming to the norms they could leave their homes and go to higher education. Our Iranian classmates, who had come to India to escape the suppression of women’s freedom in 1979, wore a different type of hijab, which they threw off as soon as they were safely inside the campus. . They wore well-fitting shirts and tight jeans, much to our liking!

We didn’t talk about customs, religion and rules back then, because every minute in college was precious and meant for us to have fun. One of the most charming, intelligent and lively girls was Shaina (name changed). Her lively chatter was so attractive that surely a hundred boys would have fallen at her feet and wanted to marry her if they had seen her without the burqa. Instead, halfway through school, she was forced to marry a man twice her age, and we learned within a few years that he had abandoned her.

Clothes then, and clothes now, are our choice. But are we really free to wear what we want? A young European friend was delighted when she wore a saree for the first time. But she said she couldn’t wear it in public. “I don’t think my aunts will approve – so much belly showing!” This from an athlete who mostly wears bikinis due to her passion for windsurfing. She explained that it was an unwritten code in her community not to show the belly at official gatherings, even though it was acceptable to display the chest.

I gave up wearing the nine meters madisar on special occasions. I wear sarees less often, jeans and kurtas more often. But when I visit my daughter and her family, I always choose to wear a nice saree. Their cat loves to snuggle up in my lap, and she prefers me to wear something soft, like an old cotton Chettinad or an aged khadi. To see? I still have a choice and that’s good.

The writer is a freelance publisher and author of children’s books.