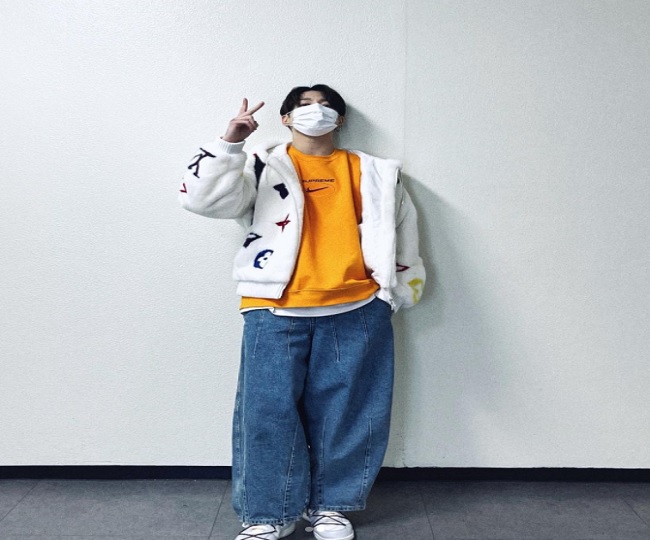 The Bangtan Boys are known for many things, their songs, their charm, and especially for sporting some of the coolest and most expensive looks during their live concerts or public appearances. The 7-member K-Pop group always kills fans with their looks. Group members like Jungkook, Suga, J-Hope have already made fashion statements. As fashionistas like them, they never miss an opportunity to get into fashion.

Speaking of which, ahead of the Day 3 PTD concert, BTS’s Jungkook was spotted in a very expensive look that costs a whopping Rs 22 lakhs. The K-pop boy band member rocked a funky look with an orange Nike jacket and sweatshirt. He teamed his look with earrings and blue baggy pants.

What really made her look more expensive was the Louis Vuitton Monogram Zip Hoodie in white with colorful prints on it. The jacket alone costs Rs 20 Lakh. Next on her expensive outfit list were her shoes. Yes! BTS’s Jungkook for the Day 3 soundcheck wore coveted Dunk Low sneakers from the Nike x Off-White collaboration.

The gray and white shoe added another lakh rs to make Jungkook look super cool. The orange sweatshirt he was wearing was of Supreme x Nike brand and its cost was around Rs 50,000.

Besides Jungkook, other BTS members also sported expensive looks during their concert. Meanwhile, BTS is currently on hiatus, they will next perform for the Grammys in Las Vegas and then resume their Permission To Dance Las Vegas tour starting April 8.