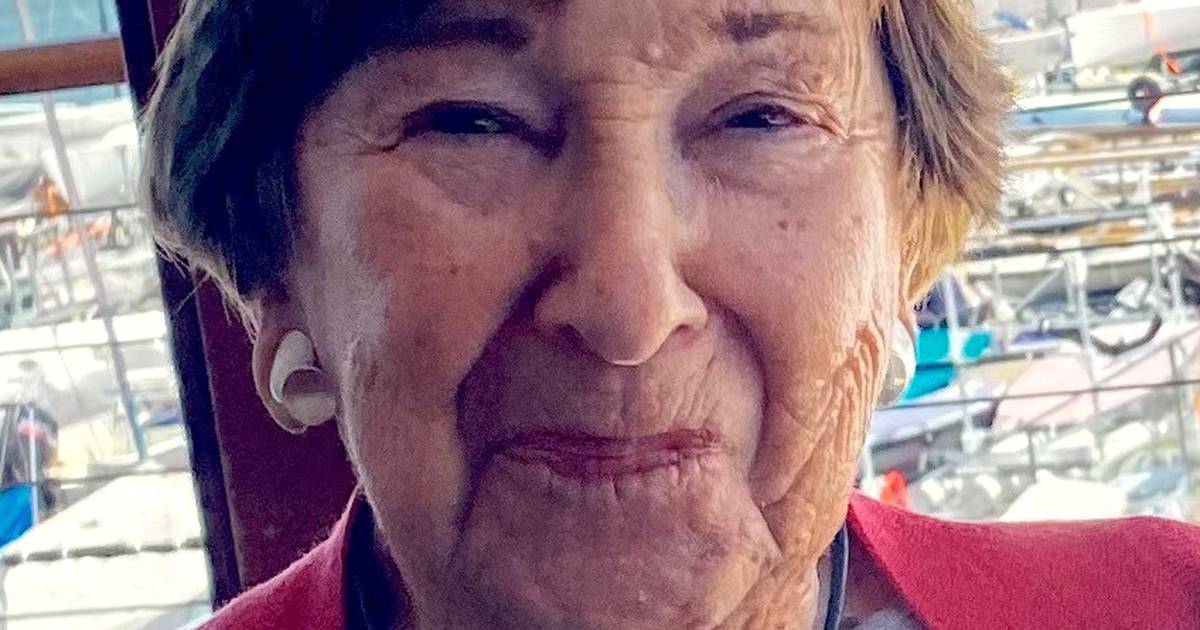 Esther S. Slaff, a retired businesswoman who had served on the board of trustees of St. John’s College and was an avid Chesapeake Bay sailor, dies

Esther S. Slaff, a retired businesswoman who was a board member of Friends of St. John’s College and an accomplished Chesapeake Bay sailor, died of metastatic thyroid cancer on 9 march to BayWoods of Annapolis, a seniors’ community. The longtime Annapolis resident who previously lived at the Chesapeake Harbor Retirement Community was 95 years old.

“Esther was an absolute delight and had a wide range of interests,” Ms. Maher recalls. “And I never saw her angry or depressed and I was always so upbeat. She also had a wonderful sense of style when it came to her personal appearance and clothes. She had more fashion sense in a finger than four fashion houses in New York or Paris.

Former Esther May Shapiro, daughter of Charles H. Shapiro and Thelma Cohen Shapiro, who owned and operated Charles Bridals, was born in Scranton, Pennsylvania and raised near Wilkes-Barre, Pennsylvania. She graduated first in her class in 1943 from Elmer L. Meyers High School.

In 1947, she earned a bachelor’s degree in biology from Goucher College, and a year later married Robert “Bob” Slaff, a native of Wilkes-Barre.

She met her future husband on a date that had been arranged by Mr. Slaff’s mother.

“According to my father, it was love at first sight,” wrote one daughter, Sara Slaff, who lives in Baltimore County near Lake Roland, in a biographical profile of her mother.

“He also loved his new Chevy convertible – a gift given to him by his doting parents, Thelma and Charles, in honor of his college graduation,” Ms Slaff wrote. “According to my mum, on their first date she was driving the convertible and he asked her to pull over so he could drive. suggested getting out of the car to see how best to change a tire so she could do it herself in the future.

“She acquired her business acumen working in her parents’ bridal business which started in her childhood,” her daughter, vice president of legal affairs and general counsel at Towson University, said during the interview. a telephone interview.

In 1962, Mrs Slaff and her husband established Inland Marine Co., a maritime trading company, “far inland from all navigable waters”, her daughter said. They sold inflatable boats and were distributors of Seagull Marine Engines, a British-made outboard motor, as well as Avon inflatable boats and other equipment from Ireland, France and Scandinavia. They kept the business going while raising their four children.

After Mrs. Slaff’s father fell ill in the late 1950s, she ran the business office of Charles Bridals while serving on the board of the First Eastern Bank in Wilkes-Barre. On the weekends, she and her husband would load their kids into the family car and drive four hours to Havre de Grace, where they enjoyed cruising the Upper Chesapeake Bay.

After surviving Tropical Storm Agnes in 1972, when flooding filled her home with 18 feet of water and Inland Marine Co. with 9 feet of water, she and her husband moved to a home in Dallas, Pennsylvania. .

In 1982, after she and her husband merged their company with IMTRA Corp., a New England-based shipping company, she was named vice president. The couple then moved to Annapolis, where they operated the company’s branch.

“Their move to Annapolis was transformative – it allowed them to merge their calling and their passion – all boats, all the time,” Ms. Slaff wrote. “My mother was a very good sailor.

After her retirement, she and her husband, who lived in Epping Forest, spent many years exploring the Chesapeake Bay and its many tributaries and rivers in their boat. Although her husband switched to a motorboat when he bought the 30ft Inmar, she continued to skipper his 36ft sailboat, Auriga, which she did well into her 80s. Then she started sailing on her friend Steve Cohen’s sailboat until the summer of 2021.

Ms Slaff was a long-time board member of the Trustees of Friends of St. John’s College, which sponsored the annual Arnie Gay Memorial Sail Picnic and The Great Kite Fly which is held on the grounds of the college and presents kites made by both children and adults.

The sailing picnic, which she chaired, commemorates the life of Arnold C. Gray, a world-class sailor and yachtsman from Annapolis who had competed in some of the world’s toughest ocean races, and owner of the ‘Arnold C. Gray Yacht Yard on Spa Creek. He died in 1994.

Larry Gibson Larry Gibson was a former Dunbar High School and University of Maryland basketball star whose varsity coach, Lefty Driesell, and his teammates helped him rebuild his life after a car crash in 2004. (Irving H. Phillips/Check with Baltimore Sun Photo)

The kite was created in 1998. “For me, the most fun is seeing these kids running around with their kites after they’ve made them,” Ms. Slaff told The Capital in a 2003 interview. , it’s a show.”

Ms. Slaff worked for 30 years as a Thursday Information Volunteer at the National Gallery of Art in Washington.

Get your morning news delivered to your email inbox. Get all the best news and sports from baltimoresun.com.

She enjoyed attending happy hour at the Eastport Yacht Club in Annapolis, of which she was a member, and participated in many other activities, including Water Nymph, a weekly water aerobics class.

After her husband’s death in 2013 and in her 80s, she enjoyed kayaking trips in the Pacific Northwest, traveling Europe on art appreciation trips and visiting family. in the West.

Once a week Mrs. Slaff would meet her friend Mrs. Maher for dinner, to discuss the news, talk politics and one of her favorite topics – the Supreme Court.

“She loved to talk about the Supreme Court and followed it very closely. She might give Nina Totenberg of NPR a run for her money,” Ms. Maher said. She could cite cases. She was very intelligent but never oppressive.

Ms. Slaff, who moved to BayWoods last year, was a member of the Kol Shalom congregation in Annapolis.

A funeral was held March 13 at Hillcrest Cemetery in Annapolis.

Hailey Bieber or Kim Kardashian: who looked best in a black leather jacket?