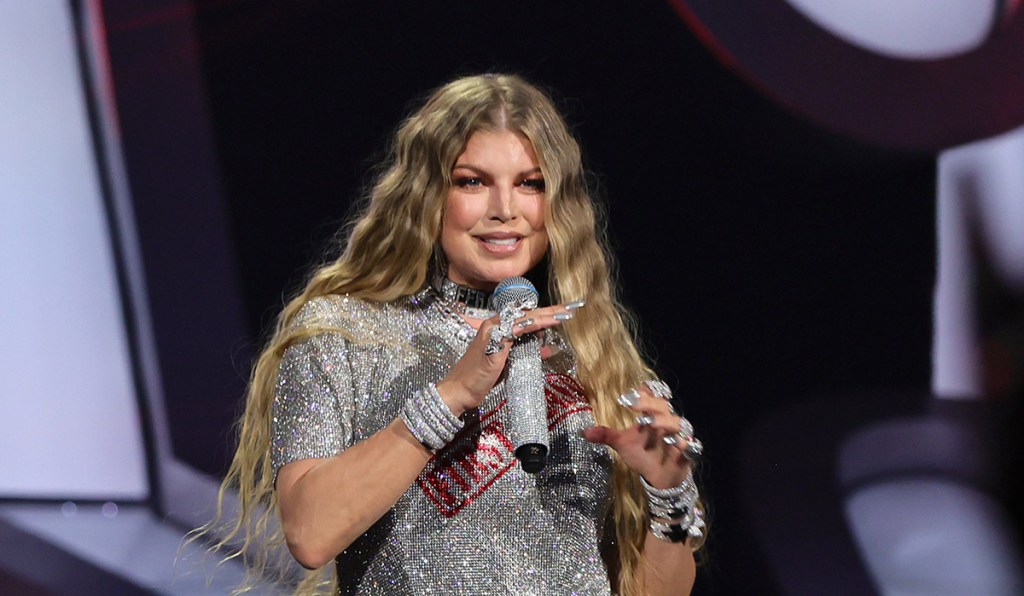 Fergie shone on stage performing her hit “Glamorous” alongside Jack Harlow on Sunday at the MTV Video Music Awards in Newark, NJ

During Harlow’s rendition of her song “First Class,” Fergie made a surprise appearance at the sparkly awards show in a Michael Schmidt Studios-coordinated sequin skirt with a “First Class” embossed graphic emblazoned in red both rooms.

Fergie paired the ensemble with crystal-embellished Prada Satin platform sandals, and she accessorized with bracelets and rings.

The singer kept her blonde hair in a crimped style and her makeup featured a shimmery gold eye and nude lip gloss.

After her first performance in five years, Fergie changed into a hot pink leather dress with a long sleeve. The Grammy winner paired the look with the same pumps from her performance.

Harlow matched the singer on stage in an equally sparkling outfit. The rapper wore a black sequined long sleeve shirt with black pants and dark shoes.