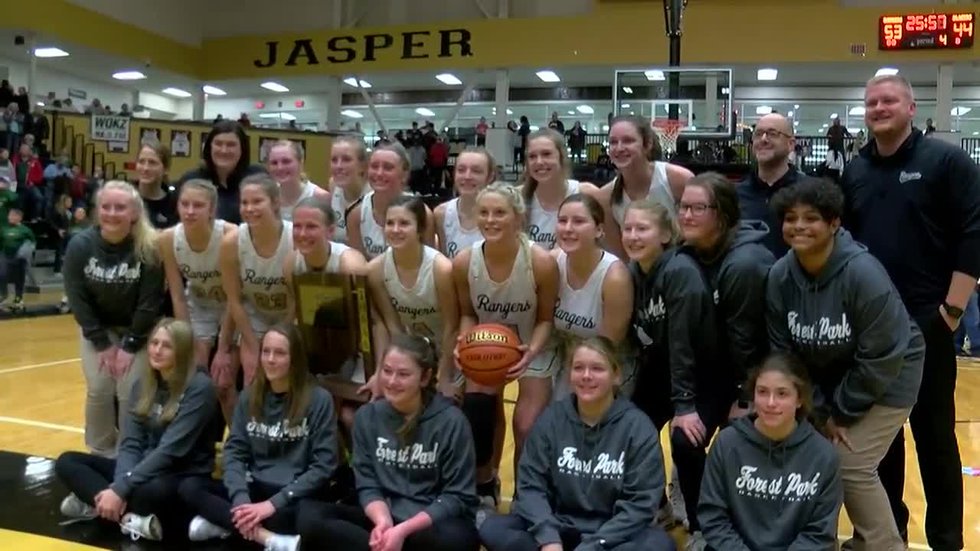 On Saturday, the Rangers defeated University in a 53-44 landslide victory in the IHSAA Class 2A semi-state game, officially clinching their ticket back to the state finals.

22 years later, Forest Park returns to Indianapolis after Saturday’s semi-state victory. In control from the start, Rangers took a nine-point lead in the first quarter to give them a 28-11 halftime advantage.

“It’s a team’s wildest dream come true right now – very proud of what the girls have been able to achieve,” said Forest Park women’s basketball head coach Tony Hasenour. “I want to think of all of Ranger Nation for his release today, and this is for every single one of them. You know, you have these dreams and aspirations – I never knew if they would come true or no, but we’re going to Indy now and I can’t be more excited than I am.

“Well, we started with a good start, and every time we have that feeling, we let that momentum build and keep us going for the whole game,” Forest Park center Amber Tretter said. “It’s just a crazy feeling to be able to do that. It’s just an amazing feeling.

Both teams are due to tip at Gainbridge Fieldhouse in Indianapolis at 12:45 p.m. EST Saturday.