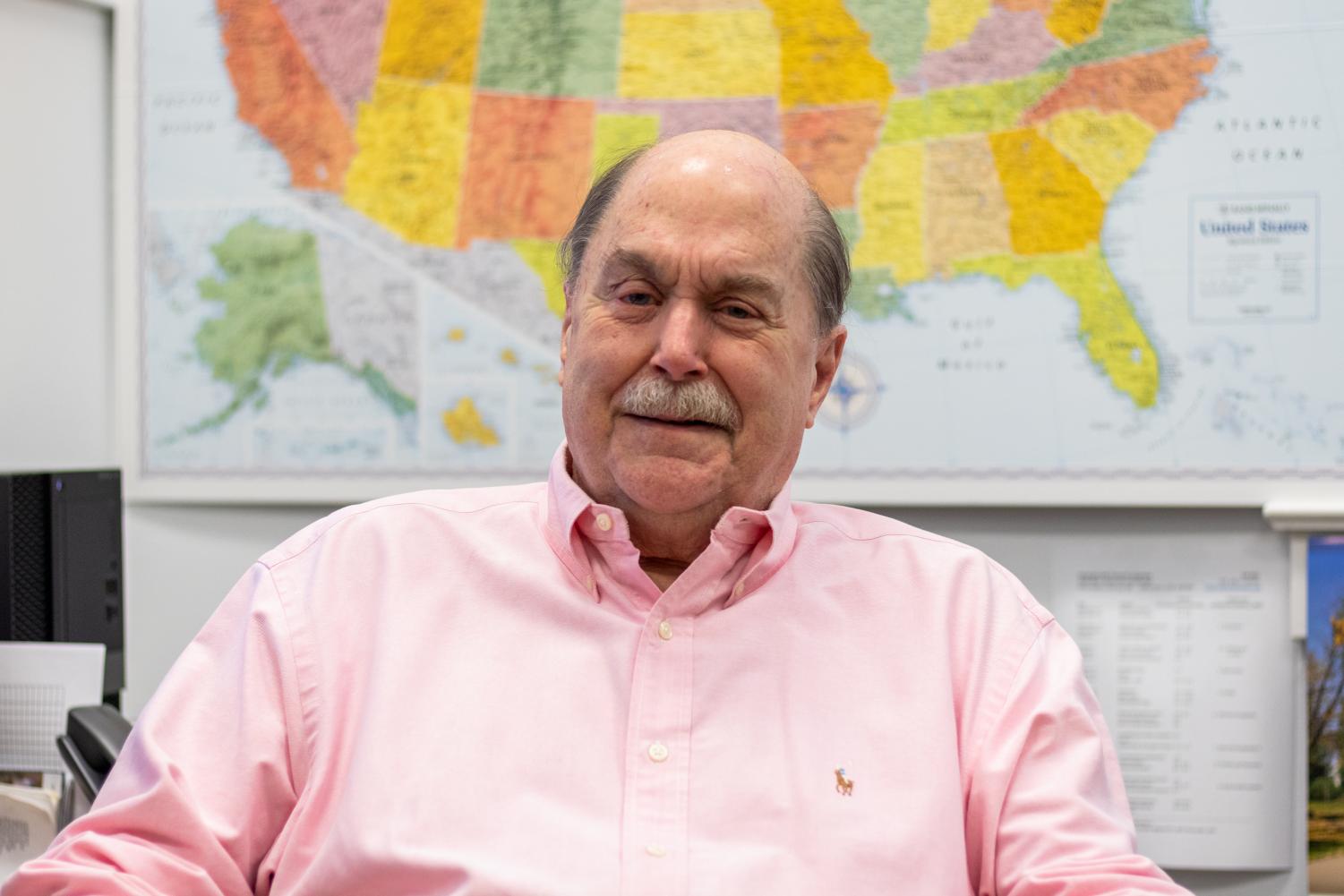 Geography Professor John Hudson is teaching the same geography course this term he taught in his first term at Northwestern 50 years ago.

As the university’s only geography professor, Hudson single-handedly directs the geography major. NU incorporated its geography program into the Department of Anthropology in 1987 after the subject fell into disuse and several geography faculties left NU. After the department closed, Hudson took it upon himself to keep the geography program running. He gives five lectures each year, on topics ranging from “Chicago and its region” to “Principles of cartography”.

An average of four to five geography majors and one to two minors graduate in each class, Hudson said.

“I was very lucky… to have this little geography program and I didn’t really need any help doing it,” he said. “Every year I was like, ‘Well, I don’t know how long this is going to last’, but it does.”

Hudson said he was unaware of any geography faculty that had been at the university since before his debut in 1971, and that he had no plans to retire immediately. When he started at NU, the university looked and felt a lot different: the students were protesting the Vietnam War, the Lakefill was just a “shrub” and Weber Arch was non-existent, he said. he says.

Hudson’s first year at NU was also the year the University established its affirmative action program.

“Every change I can think of in Northwestern – in the student body, in the faculty – is simply a reflection of how society itself has changed,” Hudson said.

Hudson said he discovered his passion for geography in college and decided he wanted to be a geography teacher in the first week of his freshman year.

“I never had the slightest desire to depart from this decision,” he said.

He first specialized in quantitative geography, using mathematical models to study spatial phenomena. He then turned to historical geography, focusing on colonization, economic and demographic subjects in the Great Plains.

Whatever the subject, Hudson’s passion for the material and connecting with his students shines through. Hudson said he still receives Christmas cards from students he had 50 years ago.

Tiffany Grobelski (Weinberg ’06), professor of geography at Gustavus Adolphus College in St. Peter, Minn., Took several courses with Hudson and had him as an advisor. She said Hudson was the reason she decided to pursue a career in geography and that he helped her earn a Fulbright to study in Poland.

Grobelski said Hudson’s lectures sometimes felt like stand-up routines, and she remembers her class as “kind of a legend.”

“He was showing pictures and just telling all these really funny stories about various people and places he had met on his travels,” Grobelski said. “It was partly like you were in someone’s living room.”

The two are still in touch and have lunch together every year at a meeting of the American Association of Geographers. Other students also told of unique experiences in his lessons.

Weinberg junior Josh Ezrol has taken three courses with Hudson and plans to major in geography. Ezrol said he remembered turning in an assignment for Hudson’s class at midnight and receiving comments on it by 11 a.m. the next day – the fastest mark he had ever received from ‘a teacher.

“I’m like, ‘There’s no way he read 60 articles, rated them, and put them on Canvas within 11 hours, eight of which he was probably sleeping for,” Ezrol said. “But then I read the comments and he actually gave me comments on what I wrote. He commented on a joke I made.

Hudson said it was a pleasure teaching at NU for 50 years. Although the student body has changed over the years, he said that NU students have always been rewarding to get to know each other.

Hudson was a Guggenheim Fellow in the 1988-89 academic year, the only time in his 50-year NU career that he took a leave of absence. Despite the opportunity, he said he missed the University so much that he came to campus most of his free time.

“If you’ve got a Guggenheim you’re supposed to go on leave for heaven’s sake, but I really didn’t mean to,” Hudson said. “I never tried to be gone for too long.”

– Vakil: Northwestern should mandate geography class for all students

BMW, Audi and Toyota are the most trusted car brands