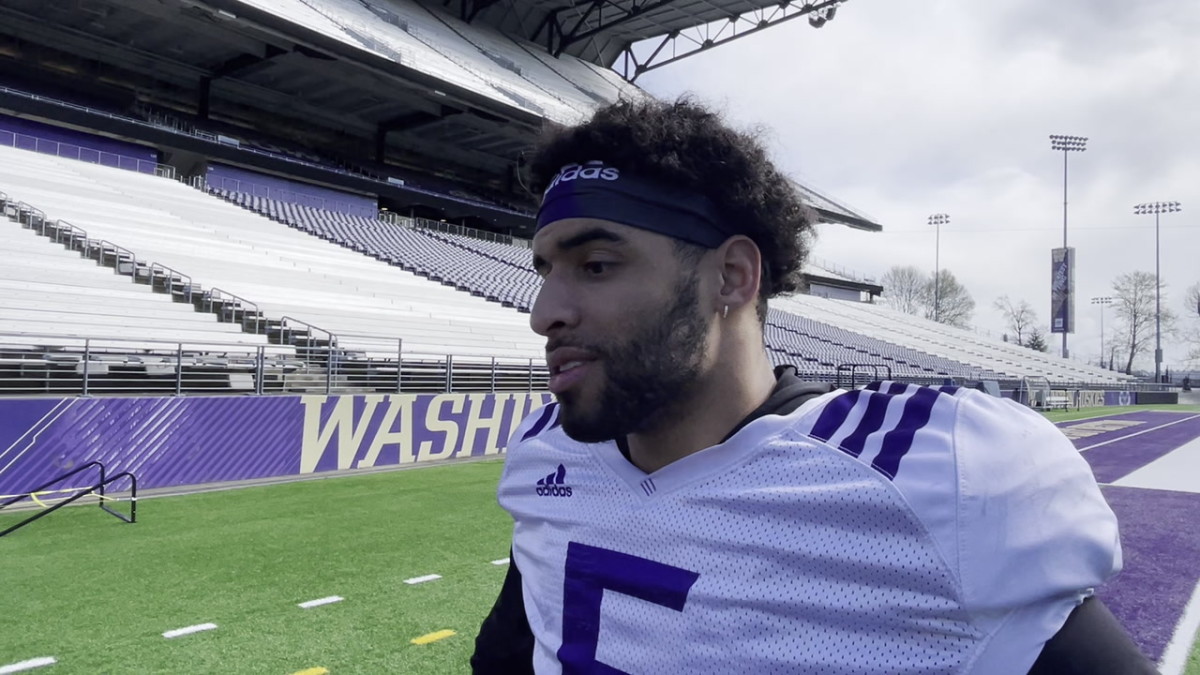 Help wanted: the Huskies are ready to put the cook back to work

Gone are the days, at least temporarily, when proven point guards like Budda Baker and Taylor Rapp roamed the back row of the Husky defense and were immovable objects throughout the season.

In the lost 2021 season, Alex Cook retired the most Husky safety starting assignments (9) by a wide margin. He did it even leaving a mid-season game in Arizona in chilling fashion – Cook suffered a concussion that left him grounded and silenced the crowd, was delicately tied to a stretcher on the field and loaded into an emergency vehicle, and transported to a hospital in Tucson.

Still, the Sacramento, Calif. native was cleared to play again after sitting out one game to satisfy concussion protocols. He has shown himself to be resilient.

In this ride in the Husky position, Cook was followed in number of safety starts by his teammates Asa Turner (4), Cam Williams (3), Dominique Hampton (3), Julius Irvin (2), Kamren Fabiculanan (1) and Bookmaker Radley-Hiles (1). All return except Radley-Hiles, although some in different positions.

The UW traded safeties in and out of training starting in spring 2021 training, continued that crazy approach through fall camp and didn’t stop when the season ended.

With Kalen DeBoer’s new staff in charge, one of the goals last spring was to introduce experience and stability into the UW high school.

If they were to play a game tomorrow, the Huskies would most likely open with Mishael Powell and Jordan Perryman at cornerbacks, Dominique Hampton at the Husky hybrid position, and Turner and Cook as safeties.

They are two fourth-year sophomores, a fifth-year junior, and two sixth-year seniors.

In the foreground is the 6-foot-1, 194-pound cook, a most unique player who remains the answer to a trivial question about UW football.

Who started as a wide receiver for the Huskies as a redshirt rookie in the 2019 Rose Bowl against Ohio State?

The versatile Cook spent two seasons as a UW wide receiver before moving to defense, where he would finish his football career at Montlake. He felt compelled to stay one more season. He felt needed.

“When I said to myself that I was going to come back, it was: ‘Yeah, I have to step in and be the leader now,'” he said. “That was really one of the reasons I wanted to stay.”

Amid all the Husky changes, Cook has been a voice of reason. He talked about the calming effect exhibited by his new trainer, DeBoer. He mentioned that the transfer portal doesn’t necessarily solve playing time issues and he tried to advise some of his teammates on this.

Some left anyway, but Cook is back. He has a dozen career starts and one career interception under his belt. He previously lined up alongside players such as NFL-bound Elijah Molden and Trent McDuffie who were secondary mainstays. Now it’s his turn.

Behind Cook on our depth chart are Irvin and Esteen, players who have been around for quite some time.

The son of NFL great Leroy Irvin, Julius suffered an injury early in his career at Montlake before a draw last season against Montana and Michigan. He played in all 12 games last season and intercepted one pass against Arkansas State. He must be ready when needed.

Esteen arrived in 2020 as part of a four-player defensive back class. He and cornerback Elijah Jackson are the only ones left after corners Jacobe Covington was moved to USC and James Smith left the program. Esteen has only played one game as a Husky, against Arizona in 2020. He has a new coaching staff to accelerate his growth. Patience will determine where it goes from here.

Conclusion: Cook’s role will be crucial for Husky’s rebound. The secondary has gone through more transition than any other positional area on this team, with three starters (Kyler Gordon, McDuffie and Radley-Hiles) turning to the NFL and the safeties used last season as trading cards. Cook will be asked to help solidify things.

Go to si.com/college/washington to read the latest Husky FanNation stories as they are released.

Not all stories are published on fan sites.