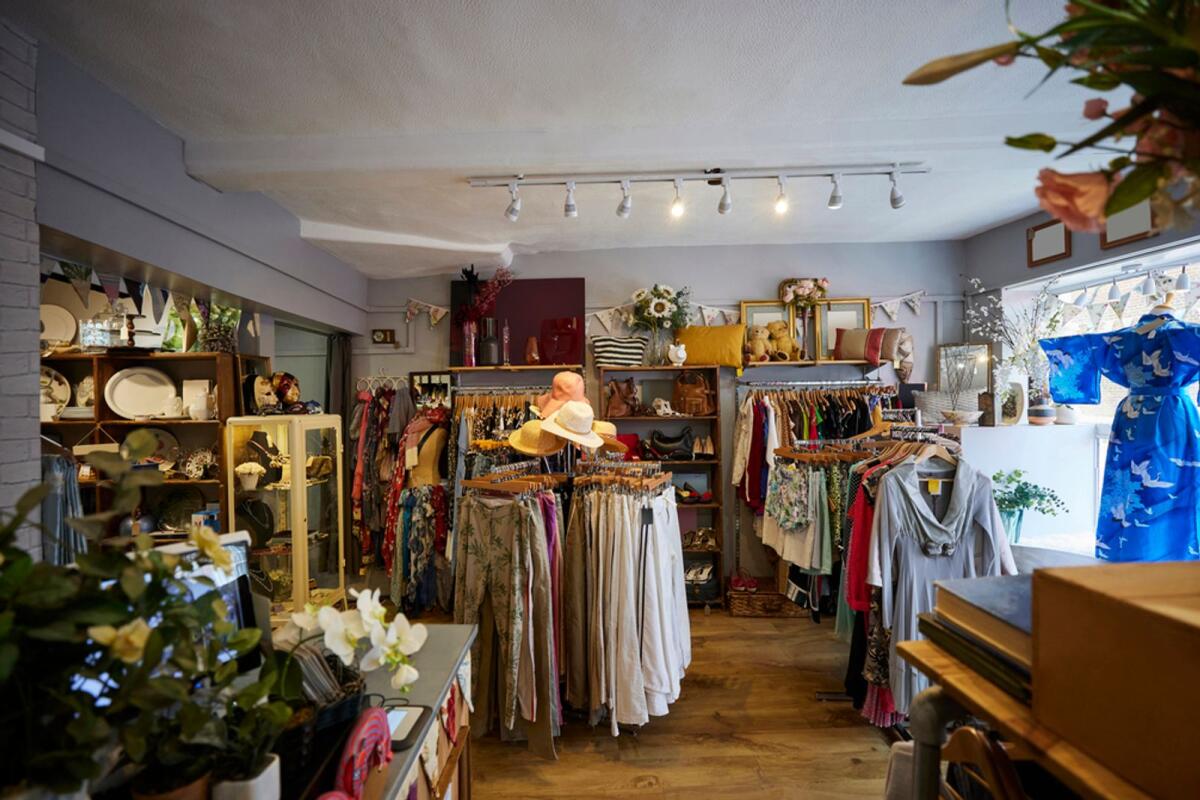 Meathwoman’s Diary: Addicted to the romance of owning something with such history and character

One morning recently I was walking past a local charity shop when I noticed an excited queue forming outside and realized I had stumbled upon one of their coveted window sales.

As with most charity shops, the windows are kept to hold more sought-after items, such as designer items and high-end banned pieces and carefully kept behind glass for eagle-eyed treasure seekers to enjoy. salivate until they release them via an early sale. .

A store employee came to the door just before 9 a.m. and let the first person in, one person at a time, presumably to stop the crazed shoppers fighting on the floor for the Michael Kors handbag that they had been ogling since the previous week.

The words ‘She’s got the Gucci boots’ from an animated punter running commentary on the purchases awaiting him ripped through the crowd like a bombshell with devastated bargain hunters looking like they’d learned Christmas was over canceled.

The disgruntled queue heard the alarming news, with some walking away, their precious item being stolen before their eyes while others clung to see if there was anything else worth taking .

I’ve had visions of a poor unhappy soul who found herself at the top of a random queue on a Thursday morning and imagined the pair of oxfords in the window being pinned down by an angry mob fighting over a piece of designer leather!

Charity shops have become a vital resource in our communities in recent years, both to give people the opportunity to purchase affordable goods and in turn the proceeds of those purchases flow back into the locality.

In a society that demands immediate gratification and where fast fashion has become the norm, it offers us another way to shop.

In environmental terms, the textile industry is the fourth largest cause of pollution, due to the doubling of clothing production between 2000 and 2014, with more than 150 billion pieces of clothing produced each year and 73% of all textiles ending up in landfill or cremated. .

Plus, less than half of your online returns are relisted because it’s cheaper and less hassle for retailers to send them to an incinerator or landfill!

But aside from monetary and environmental costs, what price does this culture of consumerism have on our ability to think outside the box and uphold the individuality so ingrained in our heritage?

I recently came across a newspaper headline that read “I can only wear an outfit once”.

The mind-boggling admission came from an ‘influencer’ who commented on this dubious new age occupation that beleaguered modern culture and described what it took to whip up the latest tattoo she was paid to promote.

I couldn’t help but think that if these are some of the ideas that social media darlings are “influencing” young people on, then stop the world and let me go.

Admittedly, when I was a teenager, it was more Polaroid than Instagram and photo albums than Facebook, so I can sit with my rose-tinted glasses remembering a time when social media didn’t dictate.

When I started shopping for used clothes, I had never heard of buzzwords like vintage or pre-loved.

In fact, it was definitely not considered cool to wear clothes that belonged to someone who was now most likely dead and when I explained my latest purchase to my bewildered teenage friends, they didn’t seem understand thinking that it was all a little bit strange.

Since those early forays, I’ve become utterly addicted to the romance of owning something with such history and character behind it.

Being in a thrift/vintage/thrift store is like stepping into a time warp steeped in mystery and learning or dreaming about clothes is half the charm of wearing them.

It’s not hard to see why when you consider that some of these items have survived world wars and revolutions and still stand the test of time.

Once while investigating a clinking noise coming from the lining of a leather jacket I bought in Paris, I discovered two Belgian francs from 1986.

Another time I found a pair of antique lace gloves in a £10 fur coat, things that don’t happen when you order from ilookthesameaseveryoneelse.com

Stephanie Farrell, who manages NCBI stores in Meath, says footfall at their outlets has increased enormously since Covid left us all enjoying our local resources.

“All profits generated from sales and donations in our stores are reinvested into providing services to over 55,000 people living with sight loss across the country. What is generated in the community goes back into the community. “

“Almost everything we have in our stores is one of a kind, it’s the thrill of discovering these treasures that you can give a second life to.

So maybe before adding this item to your shopping cart, consider exploring the world of second-hand and adding to the tapestry of an item’s story while helping your community.