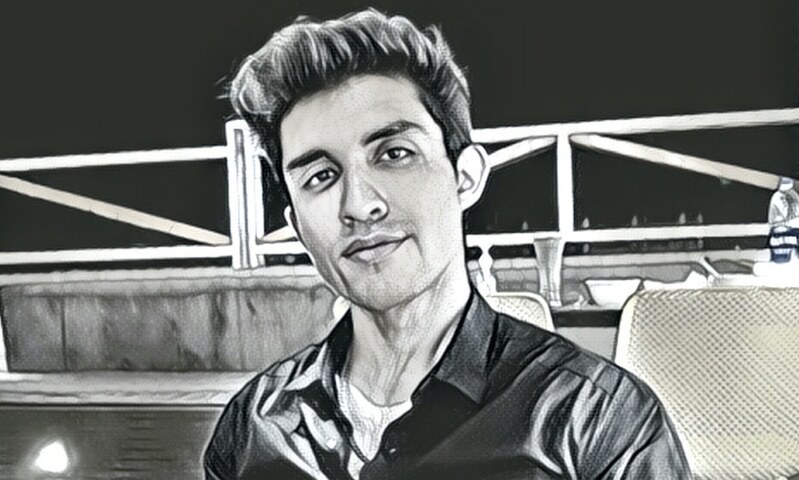 Remembering Abdullah Khattak – The Boy Who Could – Pakistan

One thing Abdullah taught me is that you never really know where the road takes you, but you get the most out of every mile.

I remember the date vividly – November 6, 2019. We were freshmen, newly inducted, and naturally the WhatsApp chat was ablaze with chaotic vitality.

Introductions were flying, questions about Karachi from those of us who were about to move there, to which our new classmates answered patiently and sometimes with exasperation.

An unknown number joined the chat, and in the middle of the flurry, it soon rang: “GUYS. If I have a camera in my hand in public, will I be mugged? »

As our patient classmates assuaged her fears, I asked, “Are you a Vlogger?”

I had never heard of Abdullah Khattak before, although thousands of people across Pakistan knew him, loved him and even revered him as a hero.

Abdullah was the boy who could.

Born and raised in Peshawar, he was a natural star child, top of the class, exceptional at everything he did – and he knew it. His Youtube channel – which currently has more than 100,000 subscribers – is a testament to his remarkable talent. It was his personal diary, where he documented his life, his travels, and most importantly, the trip to his dream medical school.

Watching Abdullah blossom was like watching fireworks in the sky. It was impossible not to notice it. He was an enigma, with all the meticulous brilliance of an Influencer who knows his worth, coupled with the diligence and acute intelligence of a brilliant doctor in the making.

This posed a bit of a problem for me, his clinical partner, and I prepared to be eclipsed at every turn. And he certainly kept me on my toes – we joked and laughed together on our bus rides to the clinic, and I rolled my eyes when he inevitably answered every question correctly. It was even boring how good he looked, not a hair out of place [even if it was coloured bright blue]stethoscope, stethoscope pin, watch — check, check, check.

Looking at him, I sometimes wondered how he maintained such composure. He would sit across from a patient, asking them routine questions about their medical history, missing no details and being quick to point out any shortfalls in their account.

On a Tuesday afternoon, we were asking another seemingly ordinary gentleman our exhaustive list of questions. We both quickly realized that this case might not be as trivial as we thought. We suspected that the gentleman might be showing the first signs of dementia, something we had only come across so far in our textbooks.

I expected Abdullah to be as stunned as I was, but it soon became apparent that he was good at it. He knew exactly the right exams to perform, the differential diagnoses, and even tried to interpret the patient’s MRI. He asked the consultant if she thought the fourth ventricle might have been involved and counted potential brain structures that might be affected. She smiled at him and said that even she didn’t remember neuroanatomy as scrupulously as he did.

Another afternoon, on our way to the clinic, Abdullah and I asked a series of questions on Instagram. Someone asked, “Where are you going?” We went back and forth to decide on an appropriate response, and finally settled on, “Wherever the road takes us.”

And if there’s one thing Abdullah taught me, it’s that you never really know where the road is leading. But if you’re like Abdullah Khattak, you’ll get the most out of every mile.

Of sorrow and hope

It’s been almost a week now since news broke that our Abdullah left us at the age of 21. None of us can even attempt to describe the roller coaster that has been our emotions during this time.

The news of his passing came as a shock to his thousands of followers, many of whom took to social media to remember him. It is widely believed that the accident happened when he tried to rescue a passerby who had suddenly appeared in front of his motorbike near the FTC flyover in Karachi. Hours after the news broke, #abdullahkhattak was trending in Pakistan with over 3,700 tweets.

To us, his anti-fans [his friends and peers who were, or at least pretended to be, unfazed by it all] we couldn’t have been more heartbroken to lose part of our family.

Abdullah was also fiercely loyal to his friends, whether it was tutoring them the day before an important exam, being by their side in times of hardship and distress, or simply cheering them up. with his trademark smile and a promise they would talk about. later. And when it came to his own problems, Abdullah knew exactly who to turn to. He surrounded himself with people who loved him deeply.

Everyone has a story to tell about Abdullah Khattak. Everyone has a fond memory with him at the center of it. When you left, Abdullah, you broke us all, but you also brought us incredibly closer. I hope you are proud to see the legacy of love and friendship you left behind.

I am so grateful that you were a part of our lives, however briefly. I was your best friend’s best friend, and in typical Abdullah fashion, you made sure you found a place in my heart. I know we jokingly called each other acquaintances, but I’m honored to have befriended you.

To Abdullah’s family and closest friends, my heart goes out to you. You loved him for every part of him, and he returned the love to you a thousand times over.

I think, more than anything, Abdullah drew his strength from the strong bonds he created with the people closest to him. May he always inspire us to be like him, to live life to the full, to meet every new challenge with bravery. May he live in our hearts forever.

The author is a medical student. She was Abdullah’s friend and classmate.

Which luxury car brands have the worst resale value in 2022?

9 products that do their job very well | Tried and recommended