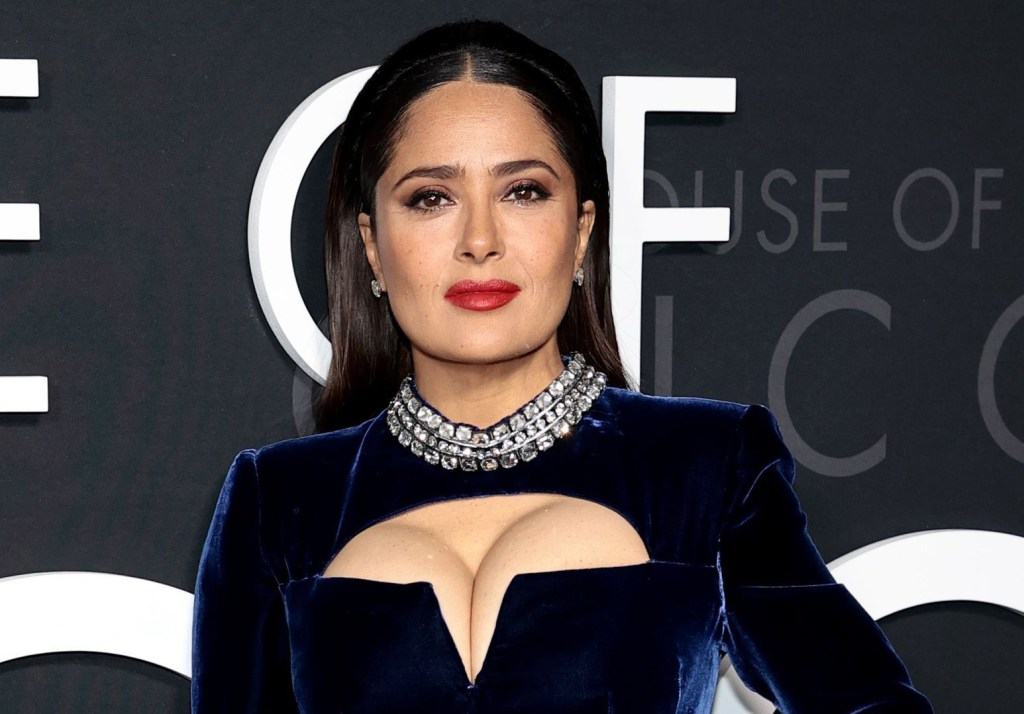 HOLLYWOOD – A star on the Hollywood Walk of Fame will be unveiled Friday in honor of Salma Hayek Pinault for a career that has notably received an Oscar nomination for Best Actress.

Due to coronavirus protocols, there is no longer a dedicated fan area to attend Walk of Fame ceremonies. Fans are encouraged to watch a stream of the ceremony on the Walk of Fame website, www.walkoffame.com.

“Once the pandemic is resolved, we hope to get back to normal for our ceremonies with fan pits,” Martinez said.

“Pina was a very interesting woman,” said Hayek Pinault. “She is clairvoyant. A medium. She can predict the future. When she and Patrizia meet, they immediately connect, and something that begins as a professional relationship becomes a very strong and important friendship for both of them.

“She could have been interpreted in a very cynical way as someone who just uses Patrizia for her money,” Bentivegna said. “Instead, Salma and Lady Gaga have developed true chemistry, both screen and off. It was fantastic.”

Born September 2, 1966 in Coatzacoalcos, in the Mexican state of Veracruz, Hayek Pinault began her career in 1988 in the Televisa telenovela “Un Nuevo Amanecer”. The following year, she played the title role in Televisa’s telenovela “Teresa” about a beautiful and intelligent young woman desperate to flee her poor neighborhood.

Hayek Pinault moved to the Los Angeles area in 1991, appearing in episodes of the syndicated action crime drama “Street Justice”, the HBO comedy “Dream On” and the NBC comedy “Nurses” before making his film debut. in the 1993 drama “Mi Vida Loca” about young Mexicanas and Chicanas growing up in gang-ravaged Echo Park.

Hayek Pinault made his film debut in “Midaq Alley,” a 1995 Mexican film about the residents of a lower-middle-class neighborhood in Mexico City.

Hayek Pinault began his collaboration with director Robert Rodriguez with the 1995 Neo-Western action film “Desperado”. She would later appear in her films “From Dusk Till Dawn”, “Once Upon a Time in Mexico”, “Spy Kids 3-D: Game Over” and “The Faculty”.

Hayek Pinault received an Oscar nomination for Best Actress in 2003 for her portrayal of Mexican artist Frida Kahlo in “Frida”, for which she was also a producer.

Hayek Pinault received an Outstanding Guest Actress in a 2007 Emmy Nominated Comedy Series for her recurring role as Sofia Reyes Magazine Editor-in-Chief in the ABC comedy-drama “Ugly Betty”, on which she also produced .

Hayek Pinault also had the recurring role of nurse Elisa Pedrera in the NBC comedy “30 Rock”.