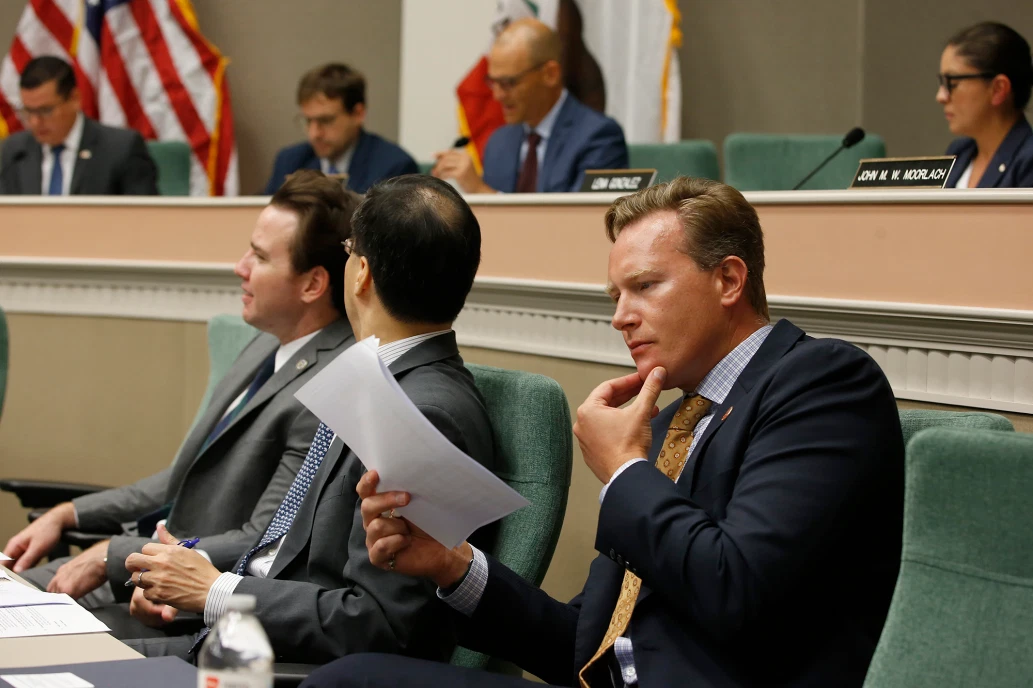 Senator Andreas Borgeas (R – Fresno) will not stand for re-election in either of the Senate’s two neighboring constituencies for what would have been his second term, he announced on Tuesday, ending a 13-year political career in the region. Fresno.

“After careful consideration, I have decided not to pursue my re-election to the California State Senate,” Borgeas said in a statement. “It has been an extraordinary honor and privilege to serve the nearly one million residents of the eleven counties of the 8th Senate District.”

“Anna and I would like to express our deepest gratitude to our family, friends and all who have supported my tenure in public service,” her statement continued. “I look forward to staying politically engaged and continuing the good fight for our community in the future. “

The most difficult route was the 12th Senate District, which stretches from North Fresno to Bakersfield and includes the town of Clovis. The seat raised the prospect of a Republican v Republican affair between Borgeas and Senator Shannon Grove (R-Bakersfield).

The other way? The sprawling 4th Senate District, which stretched from Lake Tahoe to Death Valley and included large chunks of Stanislaus County and the Madera Ranchos. Running around this neighborhood would have required Borgeas to move a little over 10 miles from his home.

Following the announcement of the retirement of former representative Devin Nunes (R-Tulare) in December, Borgeas announced the launch of an exploratory committee to present himself to Congress.

Last week he announced he was closing the committee following news that Rep. Tom McClintock (R-Elk Grove) would be looking for the 5th congressional seat anchored in Fresno in 2022.

A native of the Phoenix area, a Fulbright scholar and a graduate of Georgetown Law School, Borgeas moved to Fresno after working for the San Diego white-shoe law firm Luce Forward to serve as court clerk for the U.S. District Court Judge Oliver Wanger.

In 2007, he announced an offer for Fresno City Council. A year later, he defeated now City Councilor Mike Karbassi to take the seat representing northwest Fresno.

During his one-time tenure at Fresno City Hall, alongside then-mayor Ashley Swearengin and future Mayor Lee Brand, he would face dire city finances as Fresno sought to avoid possible bankruptcy and to reorient pension commitments.

In 2012, following the retirement of Fresno County Supervisor Susan Anderson, Borgeas elected to forgo re-election and run for the vacant seat.

He defeated Fresno businessman Larry Fortune in what was then the most expensive Fresno County election in county history.

He would be re-elected unopposed in 2016 before making the jump to the State Senate in 2018, succeeding senator named Tom Berryhill (R-Twain Harte) before his death.

In December 2020, Borgeas was chosen by Senate Speaker Pro Tem Toni Atkins (D-San Diego) to chair the Senate Committee on Agriculture. This appointment makes him the first Republican to chair a Senate committee since 2012.

He is currently vice-chairman of the Senate Judiciary Committee and sits on eight other committees, including: Governmental Organization; Energy, utilities and communications; Assurance; Joint legislative audit; Emergency response in the event of a pandemic; Cybersecurity and Identity Theft Prevention; Commercial, artistic and cultural exchanges between California, Armenia and Artsakh; and the California wine industry.