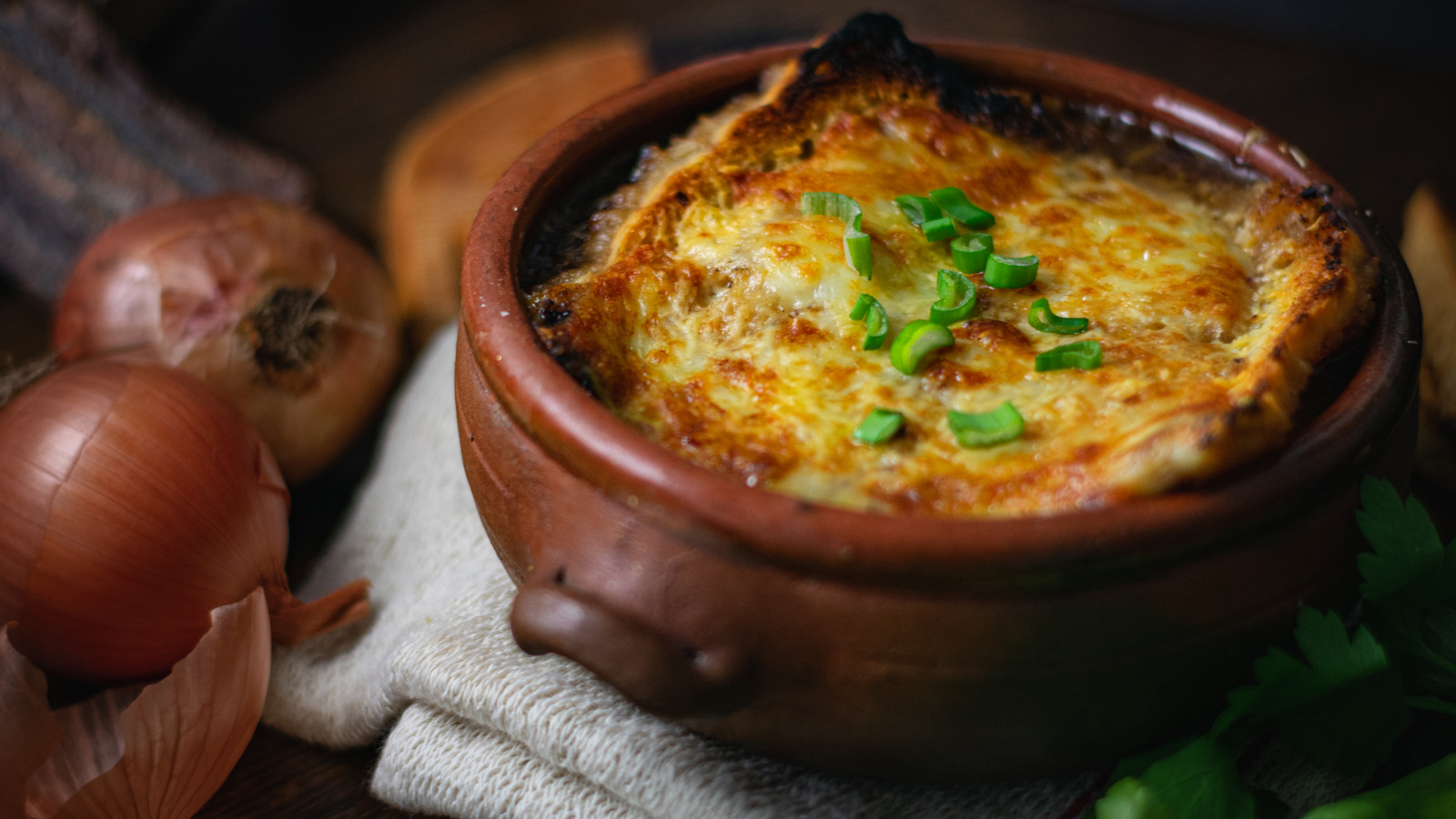 The simple answer is yes. While you can substitute items in many recipes, when it comes to classic French onion soup, you should just use Gruyere and no other cheese (via The kitchen). While other cheeses such as Emmental, Comté and Fontine have similar properties to Gruyère, according to Food52, nothing can replace the nutty taste, richness and tenderness of Gruyère. while you could use another French or Swiss cheese to top the crouton of your soup, it just wouldn’t conjure up French bistro cuisine the way OG Gruyère so easily does.

Now that you know exactly which cheese to choose for that all-important crouton, you might be wondering how to make this cheese and bread raft. There are many ways to do this, but we’ll defer to French cooking expert Julia Child for this one. In her Recipe, Child takes thick slices of French bread drizzled with olive oil and toasts them well in a 325 degree oven. Then she floats the slices of toast just above a large pot of ovenproof soup (you can divide the soup into individual ramekins if you prefer), tops them with plenty of grated cheese – down to the edges of the bread, to avoid burning – coat the cheese with a little butter or oil and put the pan right under the broiler, where the cheese melts, bubbles and browns. As Child would say, “Bon appetit!”

Find Fashion’s Most Exclusive Handbags At This Plano Resale Boutique