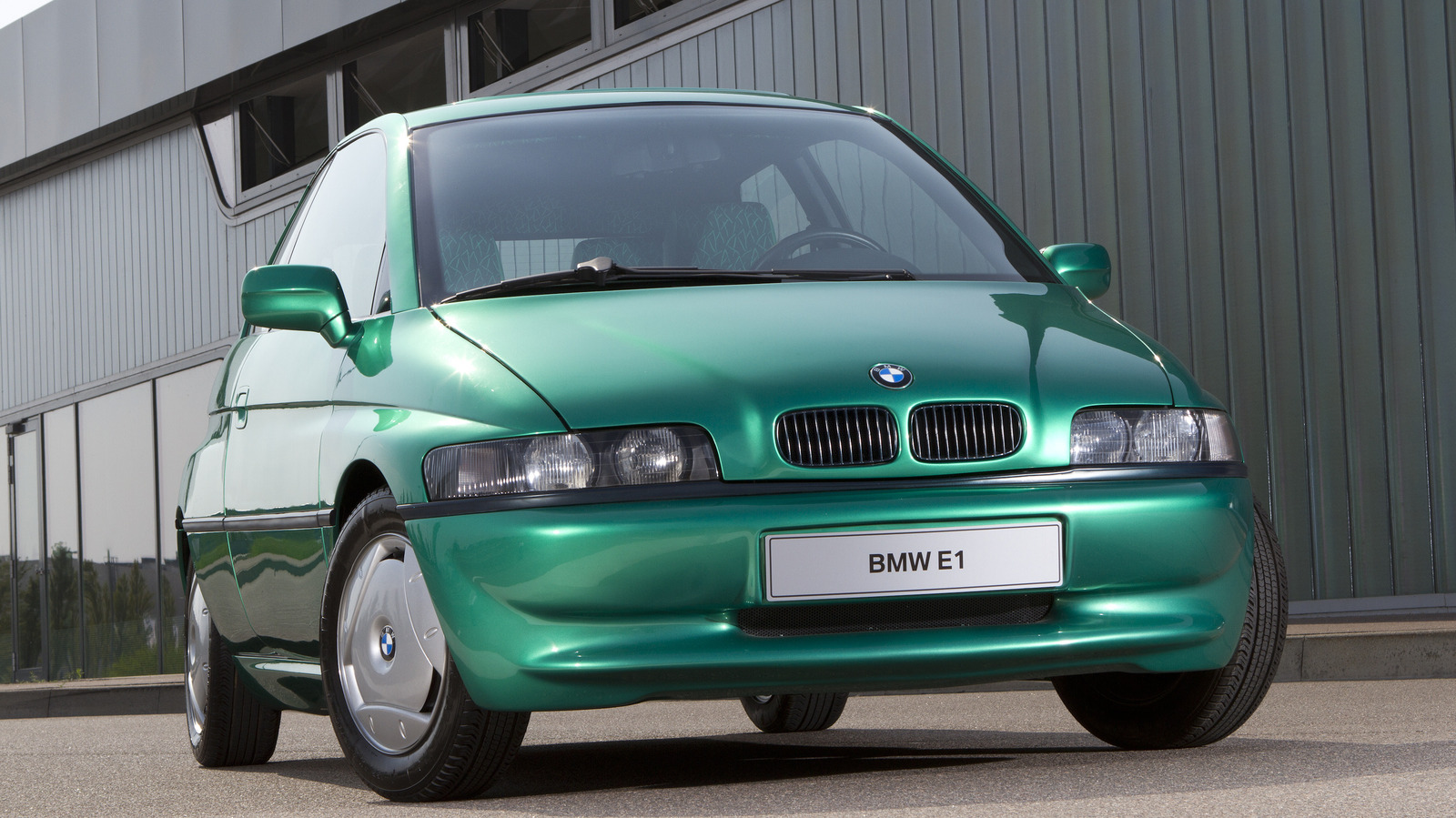 The BMW e1 was an electric car from the early 90s that was revealed at the International Motor Show in Germany, although there were actually two names for this electric vehicle – the first generation was called Z11 internally , and only later dubbed e1 when it was publicly revealed. The concept was a 3-door, 4-seater all-electric city car that had been in development since 1990, and it was first introduced in 1991. The automaker designed this vehicle to determine if an all-electric car would be feasible because California had — at the time — recently required that 2% of new cars be zero-emission vehicles. Unfortunately, the original BMW e1 caught fire while charging, so it had to be replaced so BMW could investigate further (via BMW Blog).

The replacement for the destroyed car came a few years later in 1993 and it was also presented at the International Motor Show in Germany: the BMW Z15. However, this time the company built two prototypes of the car: one was fully electric and the other was hybrid. As for the concept’s legacy, BMW produced a fully electric city car in 2013 with the i3, a model that started as a concept car in 2011 but hit the market a few years later. Too bad that wasn’t the case with the second-generation BMW e1.